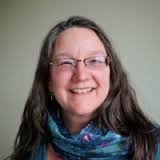 Megan Hannan (President)
Action Pact
Megan leads a team of consultants who provide insight and support for transforming institutional culture, especially toward establishing the Household Model. Her expertise focuses on facilitating change through the high involvement of staff, families and residents, and fostering their collaboration in self-led teams dedicated to growing a vibrant life with and for people living with dementia.  She has held leadership roles as a mentor with Eden Alternative International and as an executive board member with The Pioneer Network. She is called upon to present at numerous state, national and international conferences, including the World Congress on Alzheimer's and the Eden Alternative International Conference. Megan developed PersonFirst®, Action Pact's signature train-the-trainer program, and the workbook and video entitled, "Becoming Who They Were." 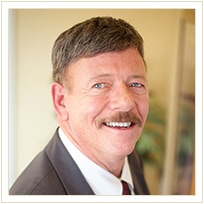 Ed McMahon (Treasurer)
Retired!
Dr. Ed McMahon serves as Sunrise Senior Living's Vice President of Quality and has more than 30 years of experience in the post-acute arena. Since joining Sunrise, he has played a major role in the introduction of quality assurance and performance improvement strategies. Ed has served on the senior leadership teams of several corporations in multiple capacities. He was a pioneer in the development of special care units and person-centered care within the skilled nursing industry.  He also designed and developed the first Alzheimer’s Care Unit within a skilled nursing facility in the state of California.

Ed served on the AHCA Quality Committee that developed the AHCA/NCAL Baldrige-based Quality Award program and then served as an original, senior and master examiner. He is the immediate past chair of the ACHA/NCAL Board of Overseers and currently serves as a board member of the National Center for Assisted Living and on the Senior Living Executive Council.

Ed is the 2014 recipient of the Mary K. Ousley Champion of Quality Award. This is awarded to an individual or organization that has made a significant national contribution to advancing quality performance in the long-term care field. 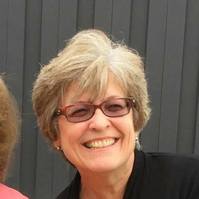 Jeanne Heid-Grubman (Secretary)
Corporate Director of Memory Care, Chicago Methodist Senior Services
​Jeanne Heid-Grubman has over 40 years of experience in the field of elder care in a range of settings from community based services to acute hospital-based rehab. She is currently an administrator at Victory Lakes, a Franciscan Retirement Community in the northwest suburbs of Chicago. She has been an administrator in assisted living and skilled care residences for over 14 years. Early in her career, Jeanne earned her master’s degree in social work from the University of Chicago’s School of Social Service Administration. Over the years, she has been an enthusiastic advocate for person-centered care and remains deeply committed to enhancing the quality of life for elders.

Jeanne also previously held the position of Director of Education and Outreach for the national office of the Alzheimer’s Association, where she assisted in the development of the Association’s Campaign for Quality Residential Care. The major product of this campaign was a set of practice recommendations that communities across the country used as guidelines for developing and assessing their own dementia care programs. Jeanne had primary responsibility for the development of the national dementia care training program for health care providers. The web-based version, CARES, is now the foundation of the Association’s certification program. This program has reached Over the years, she has personally trained thousands of caregivers and has written numerous articles on the care of people living with dementia.

In her spare time, Jeanne loves to sew and quilting is her special passion. It is not unusual to find her working on sewing projects with residents.